Great Britain Under-17 girls have drawn 8-8 with the Czech Republic in Nice, France, to remain undefeated in their European Games qualifying campaign.

Following on from their impressive 26-3 win against Portugal last night, the GB girls were unlucky not to get the better of the Czechs in what was a very tight game.

The eastern Europeans opened up a 4-3 lead at the end of the first, but GB fought back with the only goal of the second quarter to make it 4-4 at half-time.

It was then GB’s turn to take the lead in the third, with the team firing in four goals, including a well-taken penalty from GB captain Izzy Dean. 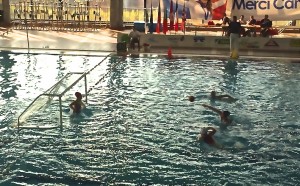 The Czechs were able to score twice, but it was GB who led 8-6 going into the all-important final quarter.

Unfortunately GB couldn’t add to their tally and it was the Czechs who found the net with two goals to level the game at 8-8.

Great Britain’s next game is against the hosts, France, this evening at 18:15 UK time.

It’s a match the girls should be confident of winning after beating France 15-5 recently in a warm-up tournament in Slovakia.

A victory would put them in a very strong position to finish in the top two places of Group A, which would guarantee them a spot in this summer’s European Games in Baku. 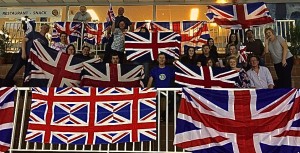 The GB girls are receiving lots of support in Nice