More Tweets >
London Pool Finder
Like us on Facebook
Enfield’s Under-18s have secured the London Water Polo Under-18 Division Two title after winning all four of their games. 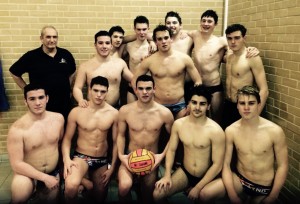 Competing against strong Chelmsford and Sutton & Cheam sides, Enfield were confirmed as champions after beating Sutton & Cheam 15-8 in their final match.

On their way to victory the team scored an outstanding 60 goals at an average of 15 per game.

The young side, coached by Martin Waller, included a mix of Enfield and London Penguin juniors, who will now play in Division One next season.

The results in full were: