Great Britain Under-17 boys’ dream of reaching Baku and qualifying for this summer’s European Games ended on Saturday night after a dramatic 7-6 (3-2, 1-3, 1-2, 1-0) loss to the hosts Malta.

The partisan home crowd in the stands of the Tal-Qroqq Sports open-air pool near Valletta arrived in numbers and armed with flares and giant flags which added to the fiery atmosphere which surrounded this must-win match for GB. 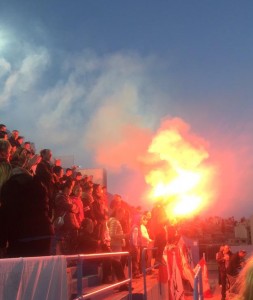 The game got off to a fast start and it was GB who managed to get the upper hand of the early exchanges.

Hamish Hudson fired in the opening goal of the match, but Malta soon drew level to make it 1-1.

Two missed penalties for Malta lifted the GB squad and Ben Riding and Scott Wilson made them pay to make it 3-1 at the end of the first.

Malta were awarded yet another penalty in the second quarter and this time they took full advantage.

Despite edging their way back into the game, GB clearly had the hosts rattled as a yellow card was shown to the Malta coach.

GB’s Ashley Castle, who was again superb all-night on the swim-offs, slammed in GB’s fourth, but it was Karl Izzo’s team who led 5-4 at half-time. 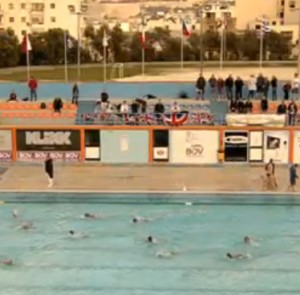 In the third quarter, Ashley Caslte sent more shockwaves through the stands as his excellent shot tied the contest at 5-5.

Malta were on the ropes, but their experience and strength ultimately showed as they regained the lead to make it 7-5 at the end of the third.

With qualification slipping away, Great Britain gave everything in the fourth as they tried to turn the tie around.

Ashley Castle completed his hat-trick with a well-taken finish to make it 7-6 and set up a nervy finale, but Malta held firm and closed the game out with no further goals scored.

It was a Herculean effort by the GB Under-17 squad and coach Craig Figes can be immensely proud of his players who were a fantastic advert for Great British water polo. 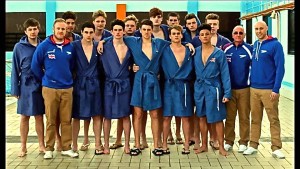